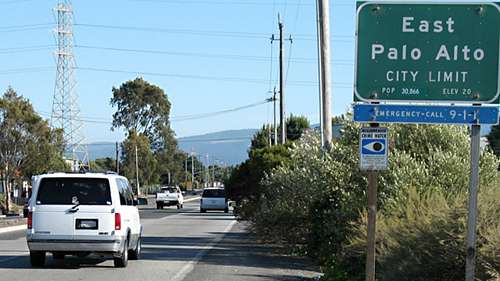 The Weeks Neighborhood in East Palo Alto is unique in the San Francisco Bay Area. It is a richly green place with many large trees and open views, in sharp contrast to the concrete and freeways of much of the Bay Area. Many people come to the neighborhood and stay for a lifetime, creating a close-knit community. Historically it has been home to farming, due to its rich soils, abundance of clean water, and sunny climate outside the coastal fog zone. Communities like this were once common throughout the Bay Area, but today are rare.

However, change is happening in and around the Weeks Neighborhood. Land is being subdivided, houses are being built, new businesses and shopping centers are opening in surrounding cities, more people of all income levels are seeking housing, and more people are driving their cars through East Palo Alto. Through the City’s General Plan Update and this neighborhood planning process, East Palo Alto residents have an opportunity to respond to these outside pressures, to think about what they want East Palo Alto to look like five, ten or twenty years from now, and to define how they want growth to influence their community.

The residents want to build a sense of community in a healthy and safe neighborhood. They would like to see a variety of housing types for both existing and new residents. They would also like to see new jobs, training opportunities earn a living.

In the vision laid out in this plan, the Weeks Neighborhood will accommodate new housing and mixed-use development, especially near the University/Bay intersection, without sacrificing its existing and unique historic character. The Neighborhood Plan emphasizes economics, social, and educational activities focused on agriculture and open space. It envisions enhancing these assets to transform the Weeks Neighborhood into a friendly mixed-use residential and farming community.

The Weeks Neighborhood Plan lays out goals and recommendations for the following aspects of the neighborhood:
– Land Use and Urban Design
– Pedestrian and Bicycle Circulation
– Open Space and Conservation
– Economic Development
– Historic Preservation

The Weeks Neighborhood in East Palo Alto is characterized by large trees, green expanses and a rich agricultural history of small farms in an urban setting. The small close-knit community, together with the East Palo Alto Historical and Agricultural Society, seeks to avoid rampant, generic development and the land-use and traffic impacts that come with it. Instead, they want to direct a pattern of development that preserves the sense of community and local character of the Weeks Neigh- borhood. Despite its dangerous reputation, an atmosphere of opportunity, change, and potential permeates East Palo Alto. In 1996 the residents, through a community design process facilitated by Urban Ecol- ogy, created a vision of the Weeks Neighborhood as a thriving place to live and work, emphasizing community, economic, social and educational activities.

New land use designations would preserve the existing urban agriculture and gardening in large-lot residential areas, and provide new multi-family housing along the denser avenues. The designations are intended to be adapted by the City of East Palo Alto for inclusion in both the General Plan update and the zoning code.