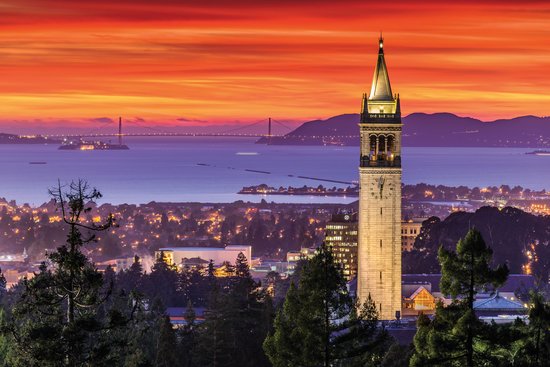 Berkeley is a primarily residential community with a high degree of community activism. There is very little vacant land available, and most of it is undevelopable hillside. The University of California is a major landowner and employer in the city, contributing to housing needs and transportation demands. Development restrictions are extremely rigid, and it has been particularly difficult to construct new housing.

The shortage of new housing construction has contributed to escalation of prices and deterioration in the quality of some rental housing stock. According to the California Association of Realtors, only 10% of the families in Berkeley had the income to purchase a median priced home in 1999.

Despite the obstacles, Berkeley is an excellent location for infill development. Numerous city policies support sustainable development and affordable housing. The city has extensive public transit service and a pedestrian grid that encourages walking. Students and university staff are prime targets for centrally-located new housing, which will reduce the amount of commuting to and from the city. Along the major corridors and in downtown there are a significant number of vacant lots and surface parking lots that are opportunities for additional housing for other types of development.
Central (University Ave.) 6.54 acres
Downtown/Southside 12.27 acres
West (San Pablo Ave.) 2.95 acres
South (South Shattuck/Adeline) 6.75 acres

The following areas are undergoing strategic planning efforts or are opportunity areas:

Following are selected recommended strategies from the above planning efforts:

· Higher density transit-oriented development at the downtown Berkeley, North Berkeley and Ashby BART stations and along the Avenues, which are major transit corridors
· Reduce or eliminate parking requirements for residential projects in downtown by implementing a transportation management plan and offering greater transit alternatives
· Maximize the efficient use of parking by sharing spaces among residential, commercial and retail use and price parking to discourage auto ownership and drive-alone commuting.
· Proactive neighborhood outreach and education to build community support for higher-density infill projects
· Provide better public transit connections to the 4th Street retail center and redevelop the Amtrak station into a transit center.

Berkeley has adopted sustainable land use policies that other communities struggle for years to adopt, such as transit-oriented development, affordable housing, and traffic calming. However, it has proved extremely difficult to implement these strategies. Berkeley residents have a strong sense of pride in their neighborhoods and view any new development with great suspicion.

A central concern of residents is to maintain the “character” of existing neighborhoods, which often translates into opposition to parking, density, and height of infill projects. Neighborhood opposition tends to be very well-organized, which may deter more sympathetic neighbors from speaking in support of infill projects. Community opposition often causes projects to be modified so much that sustainable development features are substantially reduced.

For example, changing a project from four stories to three stories would result in fewer residential units that are on the average more expensive. Or, additional parking units may be added to a development, regardless of whether residents actually need them.

Berkeley’s projected housing need from 1999-2006 according to the Association of Bay Area Governments is:
Need Categories* Household Income Level Number of Units
Very Low Income (up to 50%) up to $31,650 354

*Need categories are based on the median income in Alameda County, which is $63,300.

Proposed development projects are considered first at the Design Review Committee (DRC), which is concerned primarily with aesthetics. The DRC will recommend changes to project design and forward them to the Zoning Adjustments Board (ZAB). The ZAB will approve or deny any requests for zoning waivers (such as for reducing parking or increasing density). If the project is approved, it will then go before the City Council. If the project involves a historic structure, the project will be reviewed by the Landmarks Preservation Committee (LPC) in a parallel process. The recommendations of the Landmarks Preservation Committee are then forwarded to the City Council.