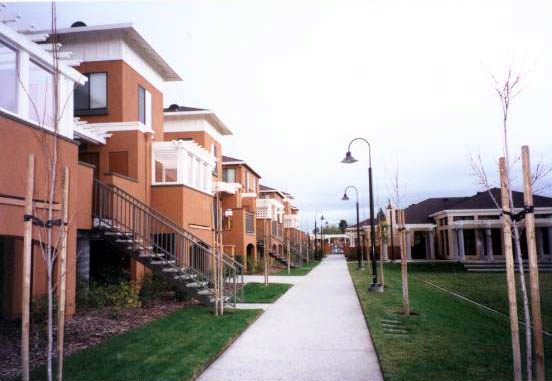 Eden Housing has been developing affordable housing in the East Bay since 1968. More than 30 years later, they have developed nearly 4,000 units of affordable housing throughout California. This includes rental apartments, single-family homes, cooperatives, and supportive living environments for families, seniors and people with disabilities. Because of the depth of their experience, Eden Housing has also participated in large-scale municipal planning processes. These currently include:

· Assisting the town of Petaluma to implement their downtown revitalization plan by purchasing a central city property and developing mixed income housing on that site.
· Building senior housing complexes in Union City next to a 16,000 square foot senior center public building. The two housing complexes will serve seniors in independent living as well as an assisted living facility.
· Providing an urban design study for Antioch with ideas to help improve and develop the troubled neighborhood adjacent to downtown, including housing and use of open spaces.

Recently, Eden has been responsible for the keystone of the budding transit village Ohlone-Chynoweth Commons, located adjacent to the Santa Clara VTA’s light rail. The project provides affordable housing for families earning between 30% and 60% of the area median income in a community where an average market-rate two bedroom apartment is renting for as much as $1,600 a month. The development, consisting of a mix of one-, two-, three-, and four-bedroom apartments, offers an on-site childcare center for use both by residents and the surrounding community. The development also incorporates over 4,400 sq. ft. of convenience retail, a resident community center and a computer learning center.