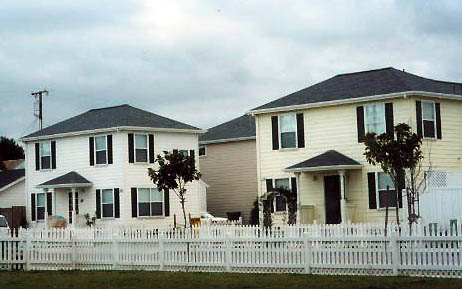 Burbank Housing Development Corporation of Santa Rosa is a non-profit organization that has developed over 2000 Sonoma County housing units in 50 different developments since 1985. BHDC has also been responsible for the rehabilitation of existing rental developments, the conversion of low-income mobile home parks to resident ownership, and development of special-needs housing units.

Further, in response to the enactment of urban growth boundaries throughout Sonoma County, Burbank Housing worked with all affected cities to provide affordable infill developments. These efforts include Tower Apartments, located in Rohnert Park, a 50-unit rental development completed in 1993. Built at 25 units per acre on a vacant infill site, the project is built at a higher density than its neighbors and was awarded the 1995 Distinguished Leadership Award for Affordable Housing by the California chapter of the American Planning Association. Because the site is located along a bus line, a transit stop was incorporated into the design.

In Santa Rosa, BHDC completed a 32-unit “mutual self-help”, or sweat-equity, housing development called DeTurk Commons in 1999 on a former brownfield site. Homeowners contributed a minimum of 30 hours of work per week during the construction of the development, which substitutes for a 10% downpayment of the purchase price. The City of Santa Rosa contributed the land, formerly used as its corporation yard, and the neighborhood association engaged in the design process to ensure that the development complemented the historic district surrounding Old Railroad Square.