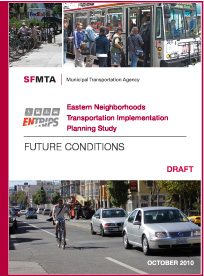 The ENTRIPS Community Task Force recently met again in early November. Urban Ecology hosted and helped manage the meeting while the city’s Metropolitan Transportation Agency (SFMTA) took on the main facilitation of the agenda. We held the meeting at Recology‘s conference room and had 15 people around the table including community leaders and transportation planners from the SFMTA, the Transportation Authority, and the Planning Department. The Community Task Force was formed to inject the local transportation planning process with more direct community input. This meeting was an excellent example of that involvement as new members of SFMTA’s team were were introduced, early feedback was given on an important report the SFMTA is drafting, and great advice was given for the planning of an upcoming and larger community wide meeting.

This meeting had several purposes, the first was the introduction of the new SFMTA ENTRIPS project manager, Erin Miller. Erin is an urban designer who was recently promoted to SFMTA’s new Sustainable Streets division and will be in charge of all the separate moving parts of the ENTRIPS project. She’ll be the main person responsible for ensuring that the community input is incorporated into the planning process through the remainder of the project schedule.

The bulk of our time was given to a presentation by the MTA team and discussion of the Future Conditions Report. This 135 page document details what the transportation scenario will be like in San Francisco in 2035 if no ‘ENTRIPS’ designated transportation improvements were built. It does include the Central Subway, all the planned new bike paths, and tons of public transit improvements. Yet none of these improvements were able to avert the disaster that will clog our streets if no additional improvements are made to accomodate the expected residential and job growth. This growth is made possible by the Eastern Neighborhood land use plans which ENTRIPS is the matching transportation planning effort. The need for the ENTRIPS improvements is made strikingly apparent in this Future Conditions Report. If no improvements are made, then in 2035 San Francisco will have unbearable congestion on our streets, a massively overloaded public transit system, and an unacceptable increase in pedestrian and bicycle accidents. To really understand the severity of the problem, you’ll need to attend the upcoming public presentation of the Future Conditions Report. 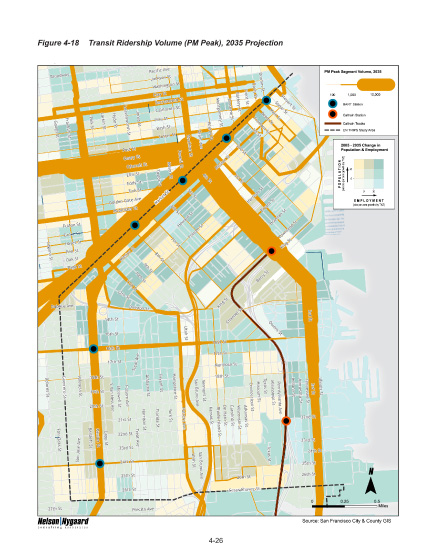 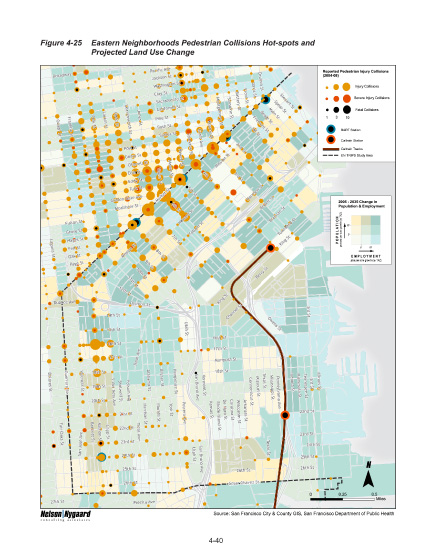 At the upcoming SFMTA hosted community wide ENTRIPS meeting, likely to be scheduled for January, the City’s team will present this report and have various breakout sessions to get community input on the different neighborhoods unique opportunities. The Community Task Force was able to give very important constructive critisim on what questions to ask people and how to best visually represent the workshop exercises. The upcoming meeting should be much more productive and informative due to the early feedback the Community Task Force was able to provide to the Agency’s team.

By vetting each step in their planning process with the Community Task Force, the SFMTA is able to ensure they are consistently making good decisions as their work progresses – essentially making their methodology transparent, not just the results of the analysis. ENTRIPS includes some very advanced transportation modeling and analytical methods, yet this quantitative data should also match up with the experiential data of the people who actually depend on the transportation network to have any qualitative meaning. The ENTRIPS Community Task Force has been performing this role for the last year and the SFMTA has been very receptive and open to their input. ENTRIPS is a better, smarter transportation improvements planning effort due to the openness of the SFMTA and all the weekday evenings that the Community Task Force has been willing to volunteer so far.

Stay tuned for updates on when the city schedules the broader community meeting.