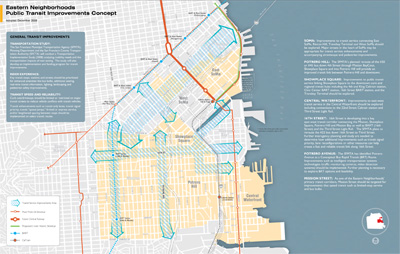 In the back of each of the Eastern Neighborhood Area Plans, are some maps that depict the big picture improvements that are described within the plans. We have uploaded these maps to our Documents Page to make them more accessible to you.

These maps, and the improvements mentioned in them, are the starting point for choosing which projects the city will build. Urban Ecology hopes to add to these maps with the help of the Community Task Force, so that improvements that get chosen have been fully vetted by the those who will be affected most by them. 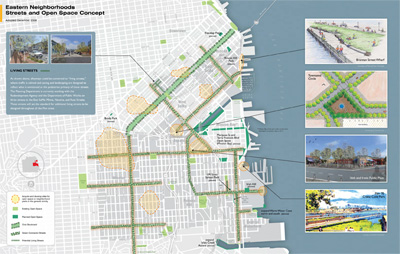 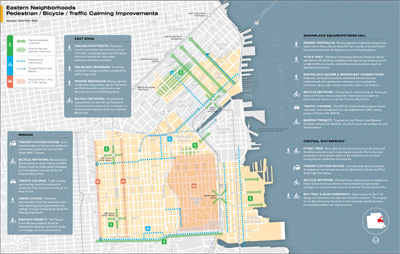