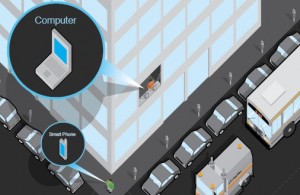 The ENTRIPS Community Task Force convened this week to have a discussion about the opportunities for transportation improvements in the Eastern Neighborhoods. SFMTA presented all the toolkits and options that the City possesses to address the issues with the current system that were presented last meeting. The Task Force gave lots of feedback to refine the opportunities or to note where solutions were missing. We were also given an overview of the rest of planning process, so that we all knew what was coming up next.

SFMTA’s presentation echoed last months Issues presentation with the current state of the Eastern Neighborhoods transportation network. This time though it provided a list of potential answers to each of the problems. These were all listed out by mode – Transit, Pedestrian, Bicycle, Shuttle, Car Share, Taxis, Parking, Goods Movement, and Automobiles. We had separate conversations about each mode as they were presented. There were definitely specific pieces of feedback given for each mode of transportation and we and MTA both took good notes for all of those. For this summary though, I wanted to highlight four main points.

As with any discussion about transportation improvements, parking gathered a majority of the comments, though not in the typical angry tones. The parking systems across the Eastern Neighborhoods differ drastically from neighborhood to neighborhood. From residential permits, to different kinds of meters, to parking maximums and minimums. There is a need to rationalize parking across the city, and the SFMTA’s answer will be SFpark. Task Force members gave great advice on implementation though, adding ideas about design of parking for trucks in the industrial zones, more city run garages near transit to encourage ‘Park & Ride’, and critique of the meter/residential permit ratio to prevent certain neighborhoods from becoming parking lots for ‘Park & Hide”.

All the parking advancements in San Francisco will not amount to meaningful change unless they are well enforced. Double parking, handicap placard abuse, and commuters parking in residential permit zones are all current and future issues. Enforcement concerns also came up during our conversation about shuttles as well. From shuttles double parking, idling too long, and having overlapping routes. The Community Task Force agreed with the City’s suggestion of consolidating the enforcement and licensing of these shuttles.

Another way to improve enforcement of shuttles is to negotiate the desired changes with SF Redevelopment when they are allowing new developments to be built. This kind of multiple agency coordination for solutions is required for the majority of the improvements that the ENTRIPS Task Force would like to see. Though a technical advisory committee is in place for ENTRIPS, we would want to ensure that Public Health, the Port, Redevelopment, DPW, and Planning are all working together to correctly design, plan, and build transportation improvements.

The scale of these transportation improvements is also an important question. Are the vast needs of the Eastern Neighborhoods to big to be addressed by ENTRIPS? Are the individual needs of each neighborhood too small to be addressed by ENTRIPS? The limits of the consultant contract give some hard edges (no tearing down the highway), yet the challenge put forward is to rank potential projects based on their size of impact. One suggestion was to do a handful of big projects now, and get to to fine grained neighborhood planning next. That process could potentially take a while though, and the current conditions and transportation needs for the Eastern Neighborhoods are going to be changing rapidly.

SFMTA’s next steps will be to model these upcoming changes. There was some ambiguity about the accuracy of the future condition modeling process, so SFMTA has offered to host a small example workshop at their offices within the next month. This will be a very technical meeting, differing from our usual policy related Community Task Force discussions.