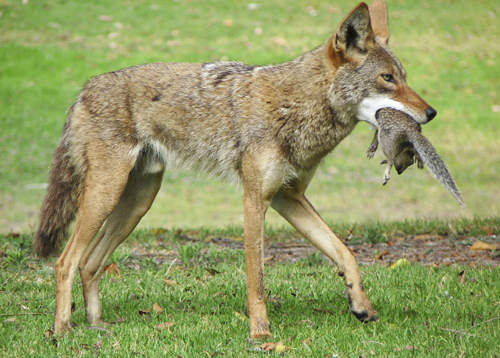 A century of intensive urban development has destroyed most of the native sage scrub and chaparral habitat in Southern California — helping to create one of the world’s largest epicenters of extinction. Indeed, San Diego has more threatened species of plants and animals than any other county in the continental United States. For nature in coastal southern California, all is not lost, however. As large urban centers, San Diego and neighboring cities are fortunate because patches of native habitat still exist inside the suburban situation. Working together, planners, biologists and residents can help save these fragments of nature in the city.

How did these natural areas escape staggering development pressures? The answer lies in the topography. The San Diego region consists of large coastal mesas dissected by steep-sided ravines. These so-called “canyons” are generally too steep for development, and as such, function as habitat islands immersed in the urban sea.

Fortunately, these are no deserted isles. For over a decade, a series of scientific surveys has recorded a diverse array of native species in the canyons, including plants, insects, reptiles, amphibians, birds, and mammals. Protection of the natural habitat in these canyons is vital. Scientific investigations indicate that the amount of native vegetation is often the single most important factor to local biodiversity.

Urban habitat fragments not only function as permanent homes for resident wildlife, but also as important stepping stones for animals to move across the urban matrix from one source population to another. So preserving the spatial organization of habitat fragments across the urban landscape is very important. Both large and small canyons should be protected — even the smallest, seemingly inconsequential fragment can support viable populations of native species and act as important stepping stones to other areas. Links across barriers such as roadways and developments are also essential. For some species, such “conservation corridors” need not be huge, elaborate structures. Research shows that amphibians, reptiles, birds, rodents, bobcats, coyotes, foxes, raccoons, and opossums will use even small culverts and drainages as movement corridors. Bigger bridges or underpasses, however, are often necessary to help larger deer and mountain lions traverse the urban environment.

Of all the species affected by fragmentation, mountain lions and other mammalian carnivores may be particularly vulnerable to local extinction due to their large body sizes, large home ranges, low densities, and “control” (eradication) by human neighbors. Unfortunately, the disappearance of top predators can cause an ecological unbalance that ripples down the urban food web. Large carnivores may act as “keystone predators,” species whose removal dramatically alters the composition of ecological communities. For instance, the decline of coyotes may result in population increases of smaller predators, such as foxes, raccoons, striped skunks, opossums, and domestic cats, themselves potentially devastating predators on birds.

Of these small predators, feral and domestic housecats may be especially harmful as recreational hunters maintained at abnormally high densities by people. Despite being fed by their owners, housecats continue to kill smaller mammals and birds. My research in San Diego, however, suggests that cats hunt in urban canyons less frequently if coyotes are present, and cat owners, especially those who have previously lost pets, are less likely to let their pets outdoors in such areas. The mere presence of coyotes in urban canyons may thus help prevent the local extinction of birds and other prey. Consequently, planners should work to retain the full complement of predators in the ecosystem.

So, we know that wildlife will use, and indeed often require, natural habitat in urban settings. But what of the human animal? Surveys have shown that most city people appreciate natural amenities, including native wildlife, and are willing to pay for their protection. As such, property values are often higher for residences near natural areas. Questionnaires distributed to residents living near the San Diego canyons indicate concern for the protection of the canyons and the wildlife within. Moreover, canyon residents showed an impressive knowledge about the wildlife in their backyards.

Clearly, the retention of nature in the city requires an unprecedented collaboration between scientists, resource managers, city planners, urban developers, and the public. Only through such concerted efforts can we successfully maintain the ecological integrity of fragmented systems and incorporate viable wildlife areas into urban developments.

Kevin Crooks is a Ph.D. candidate conducting research on the ecology and conservation of mammalian carnivores in coastal Southern California. For more information, contact him at the Department of Biology, University of California, Santa Cruz, CA 92122

Discover the Camp Pendleton Races held every year in San Diego at CampPendletonRaces.com.

The San Diego Chargers are in the NFL playoffs! Find out where you can bet on the Chargers with these reviews of the top casino sites for USA bettors at CasinoSitesUSA.com.