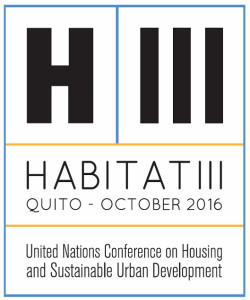 Participants at the Habitat II City Summit were snowed under by an avalanche of information describing urban development around the world. Following are a few tidbits and gleanings from the conference:

The world’s urban population will rise from 1.54 billion in 1975 to 5.07 billion in 2025 (34 percent of global population to 61 percent). The living conditions of many current urban dwellers are extremely poor. According to the U.N. Center for Human Settlements, 800 million people in the developing world (about one third of urban residents) live in “sub-standard housing.” Close to 600 million of these live in “life-threatening conditions,” and 330 million live in “absolute poverty”. As much as 90 percent of sewage in the developing world is dumped untreated into waterways.
A “megacity” is defined as a city with more than 8 million people. In 1950 there were two in the world: New York and London. By 1990 there were 21. By 2015 there will be 33, 27 of them in the developing world.
The first annual meeting of the Sustainable Cities Program, a network sponsored by the United Nations Center for Human Settlements and the United Nations Environment Program, was held on May 31, 1996 in Istanbul. Highlights of the meeting included presentations by cities who had initiated Sustainable City Projects, most of them in Africa, Asia, India and eastern Europe. Presenters included Dakar, Senegal; Katowice, Poland; Shenyang, China; Maputo, Mozambique; Dar es Salaam, Tanzania; and Concepcion, Chile.
One of the world’s most ambitious urban rebuilding efforts is now going on in Beirut to repair the damage caused by 16 years of war. The new Beirut Central District will include 4.7 million square meters of mixed-use development, restoration of nearly 300 architecturally significant buildings, creation of large parks and a pedestrian-friendly waterfront, and integration of archeological finds dating back to 3000 B.C. The development is being undertaken by a private association of property holders and investors in cooperation with public sector agencies.
Curitiba, Brazil continues to get a great deal of attention as one of the world’s shining examples of environmentally-friendly urban planning. The city is known for its super-efficient bus network, its placement of new development along transit corridors, its extensive green areas and parks, its 24-hour downtown pedestrian district, and scores of innovative service programs. Curitiba’s planners are now at work on a regional development plan involving creation of 600 “rural towns” which will house poor or landless farmers and maintain an economy of seasonal agricultural work. One of the main architects of Curitiba’s development, Jorge Wilheim, was Deputy Secretary General of the conference.
Speakers at the Transport Dialogue highlighted the growing understanding that the aim of transportation planning should often be to reduce the need for mobility through better land use planning, rather than to provide more mobility even if it relies on cleaner vehicles.
Volvo is developing low-pollution urban truck and bus prototypes that rely on electric motors combined with extremely efficient gas turbines. The combination should allow these heavy-duty vehicles to drive 25 kilometers within cities entirely on batteries, and should reduce overall emissions to a tenth or less of current levels.
Many cities are developing local plans based on the Earth Summit’s Agenda 21, including every single one of Sweden’s 288 municipal governments.
A network of environmental groups called Green Korea is campaigning for “an ecologically sound and sustainable Korean peninsula,” and is developing Green Plans for Taejon (population 1.5 million) and other cities.
Dafeng county, China has been engaged in “ecocounty” planning since 1987. So far 22 ecological projects have been undertaken in this area in the north of Jiangsu Province and adjacent to the Yellow Sea. A chemical fertilizer factory in the county has developed a closed recycling system, while the Dafeng Brewery has achieve zero emissions by using wastes to support aqua-agriculture and a pig farm. Forest coverage in the county has been increased 16 percent through reforestation programs.
The European Community will release a European Sustainable Cities Report at the Second European Conference on Sustainable Cities and Towns to be held in Lisbon in October 1996.
Jesse Helms and others have criticized global conferences such as Habitat II for their cost. However, the actual cost to the U.N has only been $1.8 million to $3.4 million per conference, except for the Earth summit which cost $10 million. All of the major U.N. summit conferences since 1990 put together cost less than 1/100 the cost of a single U.S. stealth bomber.