Fighting Urban Poverty Around the World 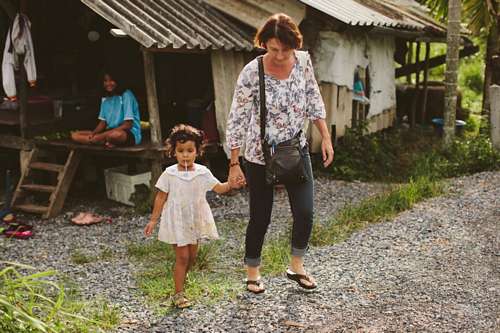 Rural poverty continues to claim greater attention from many development agencies, but national and international organizations, activists, and thinkers are starting to identify urban poverty as the bigger challenge at the dawn of a new century.

Population trends do much to explain the newfound concern. The urban population throughout much of the world is growing rapidly. In 1950, 300 million people lived in urban areas. This year, that number is expected to reach 2.85 billion, or half the world’s population. According to United Nations’ projections, the urban population will reach 4.54 billion in 25 years, with 94 percent of the increase occurring in low- and middle-income developing countries.

Many of these new urbanites will be impoverished or close to impoverished unless steps are taken to generate new wealth and redistribute existing wealth within and among nations. At the bottom of the income scale in developing world cities are the permanently unemployed. Usually uneducated, sometimes suffering from physical or mental disabilities, these people are the beggars of the Third World and the poorest residents of the poorest squatters’ communities. Large numbers of working people are also impoverished. Majorities work in the informal sector, scavenging garbage dumps for salvageable goods and materials, sewing textiles in underground sweatshops, or laboring on small construction projects. Low-wage jobs in the formal economy — service jobs, unskilled factory or construction work — will frequently lift workers and their families out of deep, gut-wrenching poverty, but not always by much.

Within the developing world, established organizations of the urban poor frequently take the lead in fighting poverty and its manifestations. Their approaches can be as varied as their politics. In Bangkok, for example, Prateep Ungsongtham Hata organizes schools for slum children, helps develop housing, and organizing projects to improve sanitation and health care. Her political actions are generally modest and above board. In Manila, the Zone One Tondo Organization also organizes local development projects, but it and similar organizations dedicate considerable time organizing the urban poor to wage militant battles for political change and against evictions.

From São Paulo to Mexico City, from Durban to Cairo, from Calcutta to Jakarta, local organizations are organizing self-help programs, credit unions, tenants rights groups, and political movements. Very broadly, their efforts can be broken down into three categories:

community improvement projects that mitigate the impact of poverty;
economic and social development projects to reduce poverty in a particular community or area; and
political organizing and policy advocacy aimed at influencing government, large institutions, and multilateral bodies to do more to attack the causes of poverty.

Trade unions in the developing world are also key players in the fight against urban poverty. They do this by supporting the efforts of community groups, joining political campaigns for social justice, and organizing workers employed in the city into unions. Because low local wage scales contribute to widespread poverty, their ability to bring about improvements in pay can go a long way towards alleviating poverty. In going about their work, unionists face a variety of obstacles. Industries aggressively fight organizing drives, many governments limit the freedom of independent labor unions, and transnational corporations threaten to move to places with lower wage scales.

More recently, larger international institutions — notably a variety of United Nations’ agencies and the World Bank — have turned their attention to urban poverty alleviation. Rather than focusing on political challenges to the status quo, these establishment institutions focus attention on programs that improve the conditions in poor communities — investment in housing, sanitation, transportation, and better urban planning, for example; efforts to legalize the status of squatters communities; support for small local businesses; and investments in economic growth. To critics, the efforts of the UN and the World Bank are inherently limited — even counterproductive — because of their government relations and, especially in the bank’s case, support for market-driven economic reforms.

Nevertheless, the attention paid urban poverty by institutions like the World Bank demonstrates that urban poverty is finally on the agenda.