Communities Making Themselves Heard: Environmental Justice as a Means to Equity 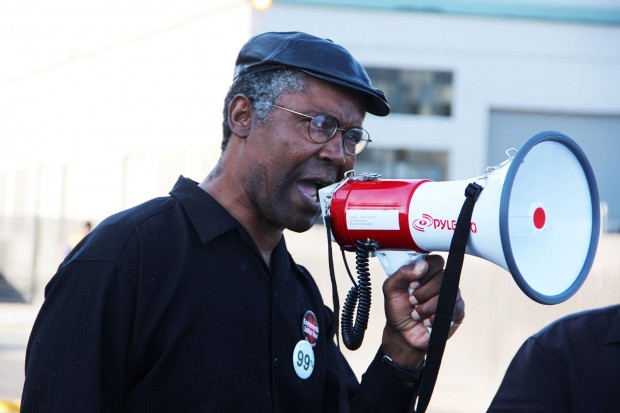 Since the 1970s, groups of concerned citizens have mobilized in response to environmental degradation in their neighborhoods. The concept of environmental justice originally denoted a negative freedom: the right to live free of environmental harm. Gradually, as groups across the US have fought the siting of landfills and toxic waste dumps or the uneven effects of pollution, the environmental justice movement has broadened its rallying cry. In powerful slogans and images, groups that have borne disproportionate burdens of environmental problems in the past now seek equal access to economic and educational opportunity supported by a healthy environment.

It has been widely documented by researchers such as Robert Bullard and Luke Cole that polluting industries are more prevalent in low-income communities, many of which are populated by people of color. Those who lead efforts against what has been termed environmental racism call attention to the affected community’s lack of access to resources –including jobs, quality public schools, and adequate social services. This pattern of discrimination allows business and government to treat that community’s environment as a dumping ground.

At the heart of environmental justice activism are intersecting issues of poverty, race, and the environment. The movement is made up of many battles in which marginalized communities attempt to gain equal access to society’s resources.

Reports from the front lines of such battles, at city council meetings and protests before the gates of plants and factories, are exhilarating. Community residents have had to force their way into decisionmaking processes from which they normally would have been excluded. Their presence in local politics is leading to closer public scrutiny of environmental practices, to innovative compromises between communities and corporations, and to higher levels of participation by historically disenfranchised people.

The West County Toxics Coalition (WCTC) in Richmond, California is a powerful example of a community that demanded that its voice be heard. Richmond is home to 350 industrial facilities, including three oil refineries. A study by Communities for a Better Environment found that in the 14 Richmond neighborhoods located closest to the heaviest industrial zone, the population ranges from 72 percent to 94 percent people of color.

Many of the industrial facilities are located in North Richmond, a primarily African American neighborhood. WCTC was formed to address the harmful effects of toxins in North Richmond. In the past ten years, the group has emerged as a political voice of the North Richmond community. The organization’s efforts were needed in 1993 when Chevron USA, Inc. planned to expand its oil refinery in North Richmond.

An expansion of the Chevron refinery would release more air and groundwater pollutants into the already overburdened area of North Richmond. At the time Chevron proposed the expansion, its workforce was comprised mostly of workers who did not reside in North Richmond.

The WCTC saw that a complete shutdown of the facility almost impossible because of the hefty industry taxes Chevron pays to Richmond. So it developed a strategy to ensure that North Richmond residents received some benefit from an expanded oil refinery, rather than just the burdens. WCTC proposed a package of benefits as conditions for Chevron’s expansion. Some were standard, including the use of pollution control and safety technology. Others were more innovative, clearly attempting to remediate the harmful effects of a functioning refinery on the community that lives within ten minutes’ walk of it: a health clinic, local hiring commitments, funding for the local school system, and restoration and development of open and green space surrounding the refinery.

Not surprisingly, most of the measures were rejected by Chevron and local decision makers.

There were several rounds in the permitting process. The WCTC kept its community organizing and political awareness campaigns in step with the meetings for public review and comment. North Richmond residents showed up and spoke at every public forum arguing directly against Chevron’s lobbyists. It was only after WCTC appealed the granting of one of the permits that the whole process was brought to a halt and Chevron was forced to negotiate with representatives of the North Richmond community.

In the resulting compromise, Chevron agreed to purchase advanced pollution control technology and provide funds for the community health clinic, improvement of local public schools, and community development projects. It also committed to give North Richmond residents preference in hiring for jobs at the expanded refinery.

Enrique Gallardo works at the Center on Race, Poverty & the Environment of the California Rural Legal Assistance Foundation.