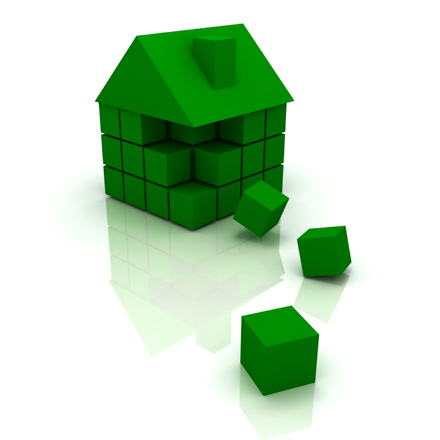 Through the 1980’s, if one claimed to be an “environmentally-oriented” designer, people’s first reaction was to look up on the roof for the solar panels. The environmental impacts, toxicity, and origin of building materials were rarely questioned. However, as we consider the need for long-term sustainability, it is clear that many future materials will be radically different from the old-growth lumber and convenient petroleum-based products currently in use.

Northern California Architects/Designers/Planners for Social Responsibility (ADPSR) as a group began to focus on building materials in 1991 when we organized the Healthy Building Conference. Then it felt like groping in the dark for answers not yet well conceived. We had notions of finding much-less-toxic materials that could be produced locally — keeping capital within the community — and that used plentiful raw materials cycled over and over through the economy without degrading their value. Many people also wished to participate in building their own structures. However, in our work it was still difficult to incorporate these ideas because many of these suppliers were small operations without the ability to advertise. This search led us to create the ADPSR Architectural Resource Guide to meld together the many pieces of the puzzle.

Developing the vision of alternative building materials was easier than finding built examples which embody those principles. So recently Urban Ecology, ADPSR, and the Academy of Art College organized a tour to find some of the better examples of alternative structural systems. Many of these projects focus on earth and grass (in the form of straw bales or bamboo) as structural materials replacing the wooden structural systems we still rely upon today. Simpler to work with, less processed, and more commonly available, these materials provide thicker, more protective walls, greater sound resistance, and — when combined with appropriate solar exposure — extraordinary thermal performance.

The first stop on our tour was the recently-completed Sacramento Street CoHousing Project in Berkeley. Here 14 dwelling units are clustered around a common house in which dinners will be shared three to four nights a week. The CoHousing owner/developers first graded their site so as to maximize opportunities for stormwater to percolate into the ground. They also salvaged bricks, tile, lumber, sinks, toilets, windows, and a water heater from old buildings on the site, and traded some of these at a local salvage yard for needed doors and windows.

The new buildings were designed to use a wide variety of recycled, reused, or healthy materials. Foundations used concrete with a 15 percent mixture of fly ash recycled from coal-fired power plants. Mud sills (the wood that goes directly on top the concrete foundation) and much of the deck framing used wood treated with “ACQ Preserve,” a relatively safe alternative to the usual highly toxic arsenic-based (ACA or CCA) preservatives.

The CoHousing designers had considered straw bale construction, but decided against it because of extremely tight space constraints (the bulky walls would have taken up an additional 100 square feet per unit), and because the city had not yet permitted even a one-story straw bale dwelling. Instead, they tried to use sustainably harvested wood for framing and sheathing. After some checking around they found that “certified lumber” can mean many different things, often only that loggers plant as many trees as they clearcut. Only “Smart Wood” or “Scientific Certification Systems” markings mean that wood comes from forestry operations that truly care for the longterm health of the forest ecosystem. It turned out to be relatively easy to get sustainably-harvested 2×6 and 4×4 wood for the project, and virtually impossible to get larger dimension lumber.

The builders used plywood and solid wood in all cabinets instead of particle board, which emits formaldehyde. They also used zero-VOC (volatile organic compound) emission paints on the interiors (Benjamin-Moore’s Pristine line). Floors in several units were made from bamboo plank instead of wood, carpet pads and floor pads were made of recycled materials such as fabric and old tires, and wool carpets with jute backing were used instead of plastic-based carpeting.

Buildings in the CoHousing compound are designed with more glass on the south side to capture solar heat, extra thermal mass (through the use of a thicker-than-normal 5/8″ sheetrock, gypcrete or concrete floors, and some tile floors) to absorb the solar heat, and smaller window areas on the north to cut down heat losses. Overhangs are designed to shade summer sun and let winter sun in.

Amazingly, the CoHousing community was able to include many of these ecological building features at little or no extra cost. However, some materials did cost more, generally five to 10 percent. The group’s efforts to reuse and recycle (milling felled trees, reusing old cabinetry, etc.) became quite expensive in time and or money.

While we were at the CoHousing site, I gave a synopsis of the bamboo construction workshop that was a companion event to the tour. We had had nearly 40 people on the sidewalk in front of my studio for a day building trusses and learning from a very creative Colombian Architect named Simon Velez. His work is unusual even in Colombia, with bamboo roof structures being asked to do more than I would ever consider asking of wood: 60 foot spans and 28 foot cantilevers. All of this built with a grass! And never using pieces larger than six inches in diameter! So elegant and simple, using a plant which can be so easily nourished using as fertilizer many of the castoffs of our inelegant society.

We then visited Christina Bertea’s rammed earth cottage in Oakland, the first earthen structure to receive a building permit in the city. The walls were built by compressing an earth/cement mixture into plywood forms containing steel reinforcing bar. The small amount of cement added to the walls stabilizes both the interior and exterior surface to the point that they require no further finish. The roof is made of metal which is low-maintenance, durable and ultimately recyclable. Even with the constraints of a small city lot, Christina designed the building to open up to the south, taking advantage of the winter sun to heat the heavy mass of the uninsulated 12-inch-thick walls and slab floor (which contains a radiant hydronic heat system). The current tenant said last winter was the first he has ever spent not feeling constantly chilly.

The first strawbale house built in Oakland was having an old-fashioned wall-raising as we visited. Thirty of the owner’s friends were there, and the walls were built in a day. Architect Dan Smith discussed the concerns around rodents (no different than any other wall except there are no natural cavities for rodent transport), fire (a two-hour fire rating), moisture (“needs a good hat and a good pair of boots,” i.e. sizable roof overhang and footing with good drainage), rot (the high silica content of rice straw makes it hard to compost in the fields which is why it is currently burned), and insulation (at least three times as good as current wall energy code standards).

Some additional green building materials we perused over lunch included a particleboard made of wheat straw and bound together with a much less toxic glue than currently standard, a countertop of newspaper and soy products looking much like granite, another countertop of recycled glass, a biologically compatible commercial fabric whose factory produces cleaner effluent than the source water, a laminated bamboo flooring harder than oak, a hemp carpet about to be released by the world’s second largest carpet manufacturer, cotton insulation made from blue jean manufacturing scraps, and a variety of honeycomb shapes that allow composite recycled materials to remain lightweight and span long distances (one floor panel made of kraft paper and oriented strand board is capable of spanning twenty feet).

Alfred Botello of JSW Architects showed us a variation on rammed-earth construction — a method developed by David Easton of Rammed EarthWorks called P.I.S.E. (Pneumatically Impacted Stabilized Earth). This technique takes advantage of equipment used for spraying swimming pools, requiring that only one side of the wall have a form against which is placed reinforcing bars. A stiff mixture of earth/cement is then sprayed against this creating a wall with a smooth texture on one side and a naturally coarse texture on the other.

Next door was a house designed by Greg Haritzy utilizing a very innovative recycled styrofoam/cement block with voids in the core to fill with reinforcing and concrete. In raw form, these blocks can be easily carved into decorative shapes before being plastered. The cement binder alleviates the fire concern surrounding most foam panels. A torch held to the block can only penetrate the first one-eighth-inch styrofoam bead before the heat is dissipated by the rest of the block. It’s ironic that in this part of the Oakland firestorm area, the only houses rebuilt to truly fireproof standards are of “alternative materials.”

Architect Darrel Deboer is a board member of Northern California ADPSR. Much of the material on the Sacramento Street CoHousing was drawn from an article by resident/builder Tom Lent. For more information, contact Darrel at DDarrel@aol.com, or Tom at tlent@igc.org or (510) 549-3749.