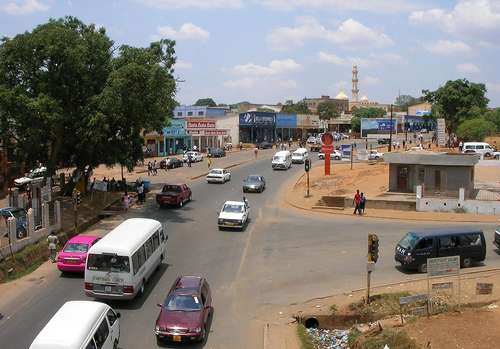 An education is supposed to be a ticket to a better life, but in Malawi, a lack of appropriate job opportunities has left university graduates begging on the street and — in some cases — resorting to prostitution. It’s also fueled antagonism between the African majority and the tiny South Asian business class.

“I always beg for money from my former schoolmates,” university graduate Peter Phiri told Newslink Africa, an online news agency. “The industries do not need my qualification. I am now realizing how unsuitable my arts degree is.”

Landlocked Malawi ranks among the world’s least developed countries. The economy is predominately agricultural, with about 90 percent of the population living in rural areas. Figures from most international development organizations show that about 55 percent of Malawians live below the poverty datum line.

“There is no question Malawi is a poor country,” says Dr. Exley Silumbu, chief economist of the Malawi Chamber of Commerce and Industry in Blantyre, the country’s commercial hub and a city of 450,000.

Phiri, who wanders the streets of Blantyre, is one of thousands of college graduates begging on the streets of the nation’s cities. According to sources cited by Newslink Africa, 20,000 jobs are created each year for roughly 100,000 job seekers.

Unemployment is already causing problems for the people who run Malawi’s city governments.

“The most serious problems in our city are interrelated,” the town clerk of Lilongwe, Malawi’s capital and a city of 230,000, told an international mayors conference in 1997. “Urban unemployment causes poverty, and because of such poverty, people are not capable of paying for services such as health and education.”