Sustainable Development in the United States 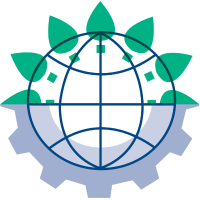 Columbus Realty Trust, one of the nation’s leading real estate investment firms, is backing “new urbanist”-style housing development. Stating that “Columbus is a proponent of ‘New Urbanism’,” the firm is seeking to invest in “real neighborhoods have a dense population that can support retail services at the ground floor level and create a real pedestrian experience on the sidewalks.”

Founded in 1983 under the visionary leadership of former Dallas Cowboy’s quarterback Roger Staubach, Columbus is a publicly traded company on the New York Stock Exchange. Its goal is to lead the industry by developing “high quality urban housing in a mixed use setting.” The company’s portfolio currently consists of approximately 8,000 units either occupied, under construction, or planned, making Columbus one of the largest multi-family owners in its markets. The firm is particularly interested in the “renter-by-choice” market.

The “parking cash-out” strategy is showing great potential to reduce driving in the U.S. Following recent changes, the Internal Revenue Code now allows employers to offer workers the option of receiving cash instead of parking subsidies. California law actually requires companies with 50 or more employees to do this in regions that do not meet the state’s clean air standards, but only for parking spaces that employers rent from a third party.

UCLA Professor Donald Shoup recently completed case studies of eight firms that have complied with the state’s parking cash-out requirement. For the 1,694 employees of these eight firms, the solo-driver share fell from 76 percent before cashing out to 63 percent. The carpool share rose from 14 to 23 percent, the transit share rose from six to nine percent, and number of employees walking or biking rose from three to four percent.

For these companies, vehicle miles traveled by employees’ cars fell by 12 percent, equivalent to removing from the road one of every eight worker automobiles. Carbon dioxide emissions from commuting fell by 807 pounds per employee per year. Employers praised the cash option for its simplicity and fairness, and said that it helped to recruit and retain employees. For a copy of Professor Shoup’s report, contact him at (310) 825-5705 or shoup@ucla.edu.

Cities across the United States are developing new arts and cultural facilities as a way to revitalize struggling downtown areas. Philadelphia has embarked on a $330 million “Avenue of the Arts” project to line Broad Street with cultural sites, including a performing arts center. Miami is planning to build two performance halls just north of downtown. Over the last several years San Francisco has opened its Yerba Buena center and Museum of Modern Art in the South-of-Market area. And Chicago is working to create a theater district with 15,000 seats by the year 2000, in the process restoring several historic theater buildings.

Perhaps most ambitious of all are San Jose’s new facilities, which include a children’s museum, a new art museum wing, a 525-seat theater that opened in December 1997, and a future technology museum and Mexican Cultural Heritage Gardens.

Providence, Rhode Island has passed a new law to give artists who move to a downtown arts district exemption from income tax on sales of their works. Cities such as Portland, Oregon have ordinances requiring that one percent of the cost of new construction projects be spent on public art. Overall, the Americans for the Arts association estimates that local government support to the arts has increased 4.7 percent annually since 1991. (The New York Times)

Trains have long represented a relatively eco-friendly way to transport freight, using less energy than trucks, producing less pollution, and reducing traffic and demand for more roads. Now, after years of consolidations and layoffs, the nation’s freight railroads are making a comeback.

After a low point in the 1980s rail freight has increased by two-thirds in the past decade. Sales of freight cars have risen from 5,000 annually in the mid-80s to 60,000 in each of the last two years, while technology improvements have made both locomotives and cars lighter, stronger, and safer. New railcar designs have also helped, such as intermodal cars — piggyback models that can carry truck trailers or cargo containers — and multilevel cars. Ironically, trains have now recaptured the automobile market, carrying 70 percent of new cars from ports or manufacturing plants to destination communities. (The New York Times)

For the past four years the Environmental Stewardship and Hunger Education Program of the Evangelical Lutheran Church has operated a demonstration container garden on top of a parking garage near its Chicago headquarters. Using intensive organic techniques, the project produced 1,500 pounds of produce in 1997 which it donated to four local social service agencies. Program organizers are promoting rooftop gardening in other urban areas where toxic or damaged soil prevents in-ground cultivation. So far the Lutheran project has inspired 13 similar urban container gardens in Detroit, Chicago, Washington, D.C., Sterling Virginia, and Birmingham Alabama.

When questioned about the problem of global warming, 71 percent of voters said they viewed global climate change as a serious threat. Seventy percent of voters felt that utilities and their shareholders should be primarily responsible for paying the debt on nuclear power plants that can’t compete in a restructured utility market, while only 14 percent thought that consumers should pay for these so-called “stranded assets.” For more information, contact The Sustainable Energy Coalition, (301) 270-2258.

An EPA cost-benefit analysis concludes that between 1970 and 1990 the Clean Air Act saved the lives of 205,000 Americans and produced public health savings of at least $6 trillion, at a comparatively modest cost of $523 billion. The report is available on the Web at http://www.epa.gov/oar/oario.html, or by calling (202) 260-5580.

Over the last year volunteers have removed concrete and fill to recreate a three-acre Gompers Park Wetlands on the northwest side of Chicago. The wetlands will help purify runoff from streets and parking lots. For more information, contact David Ramsay at Friends of the Chicago River, (312) 939-0490. (The Neighborhood Works)

The Mass Transit Administration of Maryland is building a 100-child day care center and police substation next to its busy Reistertown Road Plaze Metro station, as a way to promote transit use and community development around the station. (The Neighborhood Works)

In 1997 Boston joined other cities such as Baltimore, Portland, Los Angeles and St. Paul in requiring companies with city contracts or subsidies to pay their employees a “living wage” of at least $2 an hour above minimum wage. (Portland Oregonian)

The Denver Regional Council of Governments’ RideArrangers program is organizing “BikePools” in which bicycle commuters are paired with those who have similar schedules and routes. (DRCOG)

The next version of the popular computer game SimCity will reportedly contain options to reduce automobile use and promote transportation alternatives (Auto-Free Times).

Two authors are seeking case studies of planning and design approaches to improve public safety and reduce crime, for a book to be published by the American Planning Association’s Planners Press. Contact Al Zelinka at (714) 472-3417 or azap@earthlink.net.