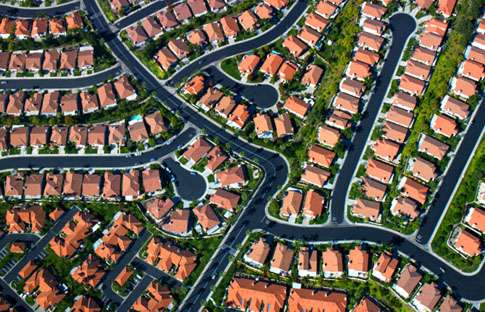 Citizens for Growth Management, a coalition of activist organizations in Arizona, has put a statewide Citizens Growth Management Initiative on the November ballot in Arizona, sparking an intense political battle over the future of land use in the fast-growing and rapidly urbanizing state.

The initiative provides voters with an opportunity to put an end to the political dominance of developers in the state. It would require builders to pay steep impact fees to cover the costs of providing public services to new residents. Communities will be required to develop voter-approved management plans for handling future growth. Such plans would include urban growth boundaries, beyond which development would be strictly restricted. Major amendments to the plans would have to be approved by voters.

The initiative’s biggest backer is the Sierra Club, but it has the support of 38 other environmental and activist organizations across the state. Polls show strong support for restraining Arizona’s rapid growth.

Phoenix and Tucson are the fastest growing metro areas in the state. Phoenix vies with Las Vegas for the title of the fastest growing city in the nation, and last year, Pima County, which includes Tucson, issued a record 7,241 new home permits. Industry experts expect another 7,000 to be issued this year. Tucson, where concern about the threat sprawl poses to the surrounding Sonoran Desert is widespread, has become a hotbed of anti-growth and growth-management activism. But even conservative Phoenix has witnessed the expansion of concern about sprawl.

Support for the Sierra Club initiative is expected to come from much of the environmental community as well as from long-term residents and recent arrivals driven by more self-centered quality of life concerns.

As bipartisan sentiment behind growth management builds, the political establishment and developers are taking their own steps to control the process. Arizona’s legislature recently passed Growing Smarter Plus, a growth-management plan drawn up behind closed doors in Republican Governor Jane Dee Hull’s office. This plan takes milder steps to manage growth and puts a proposal to set aside about 3 percent of state trust lands for preservation on the ballot. According to the Tucson Weekly, the presence of a second ballot question on growth management is causing some confusion amongst local pundits and voters.