Sustainable Development Around the World 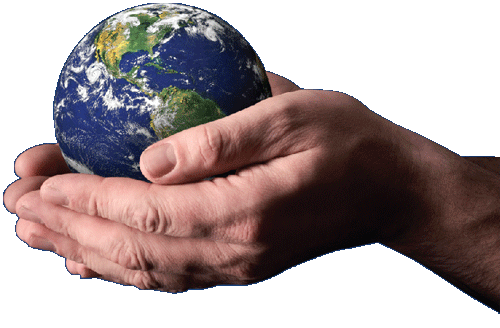 To combat its dangerously high air pollution, Cairo is looking to convert its taxis, buses, and minibuses to compressed natural gas, which produces 86 percent less carbon monoxide and 83 percent fewer hydrocarbons than gasoline. Five thousand CNG vehicles are already operating in the city, and the government may make CNG conversion mandatory for taxis and minibuses within three years.

The fuel changes are one part of a joint air improvement project being developed by the Cairo Transport Authority and the country’s Oil Ministry, with assistance from the U.S. Agency for International Development. CNG is cheap in Egypt; the country has large reserves of natural gas, compared with relatively small petroleum reserves. Drivers say the conversion cuts fuel costs by up to 50 percent. The city now has 10 stations selling the new fuel, and is expected to have 25 within two years and 85 by 2010. (Los Angeles Times)
Participatory Budgeting in Porto Alegre

Beset by such rapid growth that at one point in the 1970s nearly a third of its population lacked access to clean water and sewerage, the Brazilian city of Porto Alegre was also hampered by a passive electorate and a centralized, secretive political system. However, in the past decade the 1.2-million person city has developed an effective mixture of representative decision-making and direct democracy that is being copied by as many as 70 other cities in Brazil.

Under the “Participatory Budget” process, two large public meetings are held each year in each of the city’s 16 “regions”. Additional meetings are held to consider development themes such as city organization, transportation, health, and education. At these meetings past years’ investments are evaluated and counselors elected to carry out new spending priorities. Particular neighborhoods can decide to a certain extent on their own projects. In poorer areas, for example, sewer systems have been a priority, while affluent neighborhoods opt for parks and cleaner streets. Some 15-25 percent of the city’s budget is apportioned in this way.

The new process has resulted in a far more open and vibrant political culture, as well as improvements in basic living conditions. Ninety-eight percent of households now have access to safe drinking water, and 80 percent are served by the sewer system. Education enrollments doubled between 1988 and 1995. For more information, see the city’s entry in the Best Practices website at http://www.bestpractices.org. (Habitat Debate)

An urban revival is underway in Britain, as city economies are thriving, downtowns are being renovated, and people of all ages are moving back to the city. Six inner-London boroughs are predicted to be among the nation’s 11 fastest-growing areas in the next ten years, according to the Office for National Statistics, reversing a decades-long decline in the city’s population. The cities of Newcastle, Sunderland, Bristol, and Birmingham are renovating downtowns and failed center city shopping malls, emphasizing the creation of new pedestrian districts and central city housing.

After an IRA bombing destroyed a number of buildings in its city center, Manchester is now adding green spaces and pedestrian areas. Security measures against the IRA — resulting in a so-called “ring of steel” around the City of London — have reduced the number of automobiles entering the central London area by 25 percent. This traffic reduction in turn has speeded bus travel by as much as 70 percent, and is highly popular with local residents. Meanwhile, congestion in suburban areas is growing rapidly, making cities more attractive. (The Economist)

Reducing Car Use in Leicester

Leicester, England has begun an eight-month trial program charging tolls to drivers who take their cars into the city centers, and has implemented a host of other measures to reduce automobile use. The city plans for drivers to pay charges ranging from $4 to $20 depending on pollution and traffic levels, with fees automatically deducted by roadway beacons from electronic charge cards in each car. So far only selected volunteers are testing the equipment, borrowed from Trondheim, Norway, which has had such a program in place for eight years.

The city has also created new bikeways and bus routes, and has bought four new park and ride buses for commuters along one of the main routes into the city. These buses have been given special lanes and priority at signal lights along the toll route. For whatever reason, women appear to be much more enthusiastic about riding the buses than men. (The Times of London/Imagine)

Aided by government incentives and new technologies, windmills are expanding as a source of clean, renewable electricity in Europe. Denmark now leads the world in per capita wind energy production, with turbines producing six percent of the nation’s electricity. Government tax credits and guaranteed prices have helped the industry expand. In contrast to the huge wind farms in parts of the U.S. such as California’s Altamont pass, most of the power is produced by hundreds of small-scale cooperatives with some 100,000 Danes as members. These coops manage 4,700 wind generators at scattered sites.

The Dutch government uses taxes collected from conventional energy sources to subsidize power from that nation’s 1,120 wind turbines by about 10 percent. Germany now produces one-third of the world’s total wind energy, as its 4,500 wind turbines produced 2.7 billion kilowatts in 1996, up 50 percent from the year before. In 1997 it surpassed the U.S. as the world’s largest wind energy producer, and the total European wind energy capacity of 4,100 megawatts is now two-and-a-half times the American level. Sweden, Britain, Spain and Greece also have substantial wind energy operations. As part of its plan to cut greenhouse gas emissions, the European Union announced last December that it aims to increase the percentage of its power coming from renewable sources to 15 percent by 2010, from six percent currently, and expects to spend $23 billion on renewable sources.

The growth of wind power in Europe is in large part due to grassroots advocates who have convinced governments and utilities to buy wind energy, and who have then formed local cooperatives to produce it. The situation is also helped by new technologies which have made wind turbines more powerful, more efficient, and quieter. (The New York Times/Earth Island Journal)

Women in Peru’s cities are addressing problems of high food costs and malnutrition by setting up comedores populares, or community kitchens, that serve nutritious low-cost meals. The community kitchen movement began with about 100 kitchens in 1978, grew to 2,300 in 1989, and then mushroomed to 10,000 kitchens today serving some three million people. The kitchens are also serving as sites for disseminating information about breastfeeding and public health. A recent government study found that the percentage of children with stunted growth had fallen from 26 percent in 1991-92 to 16 percent in 1996, probably in part due to this self-help movement.

Peru’s comodores have been supported by microenterprise loans from CARE, and until a September 1997 cut-off received food donations from USAID. Comodores are also present in many other Latin American countries. For more information, contact Erin Burns at CARE, (404) 681-2552, extension 117. (Urban Age)

More than 28,000 families in Havana, Cuba are eating fresh vegetables produced by organic hydroponic methods, as part of the country’s efforts to address its food crisis through urban agriculture. (Oxfam Viewpoint)
Some 200,000 Germans now belong to car-sharing clubs in over 20 cities. The Edinburgh city council is trying to import this idea into Britain, and is also planning a car-free suburb where residents can move in only if they agree not to own a car. (The Economist)
In the Netherlands, investment in bicycle lanes, paths and parking has caused transit access by bicycle to climb from about 20 percent in 1960 to nearly 50 percent now. In Utrecht, for example, some 15,000 bicycles park daily in four garages at the main rail station.
Track upgrading has cut rail travel time between Paris and Brussels from two hours to less than 90 minutes on 186-mph trains. (San Francisco Chronicle)