Transportation and Land Use Issues Once Again Before East Bay Voters 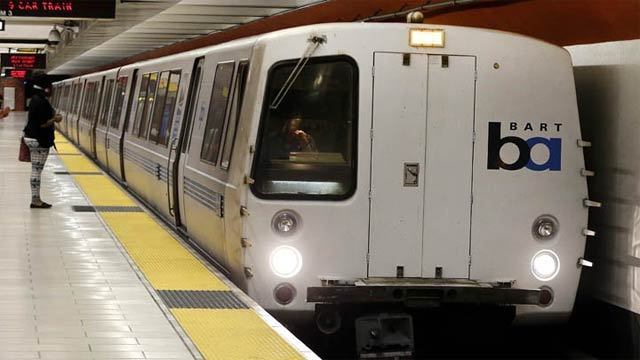 This November, Alameda County voters will decide the fate of a pair of transportation and land use measures: Measure B, the reauthorization of a half-cent sales tax for transportation projects, and Measure D, an urban growth boundary initiative sponsored by the Sierra Club. Urban Ecology’s Board of Directors endorsed both measures in June 2000.

A Better Measure B
The result of a multi-year public process, the new Measure B includes tremendous gains for transit, paratransit, and bicycle/pedestrian programs. Because of the changes won by the Bay Area Transportation and Land Use Coalition during negotiations over the expenditure plan, Measure B has consensus support from environmentalists, transit advocates, organized labor, social justice advocates, the business community, and elected officials throughout the county. The large gains-a 7.6% shift in overall funding priorities-are due to thousands of letters, hundreds of appearances at public meetings, and the commitment of dozens of organizations.

“The plan provides crucial support for mass transit, nearly doubling the funds allocated to cash-strapped AC Transit, and initiates transit-oriented development and new express bus programs,” said Jeff Hobson, Coordinator of the Coalition’s Alameda County Chapter. “The new Measure B is a plan we can all support.”

But Alameda County will only see these benefits if Measure B passes by a two-thirds majority in November. And with the county’s existing half-cent transportation sales tax set to expire in March 2002, the new Measure B represents the last chance to reauthorize this crucial funding stream.

An Urban Growth Boundary in Alameda
County Measure D is a proposal to rewrite the East County Area Plan, drawing a firm urban growth boundary around the fast-growing suburbs of eastern Alameda County. A compilation of long-standing Sierra Club concerns, the initiative is controversial for the lands it would place outside development.

Voter approval of Measure D in November would send a strong message that the public will no longer accept car-oriented development at low densities on the suburban edge of the Bay Area. At the same time, UE has adopted a strong stance encouraging new infill development in Alameda County’s cities and suburbs in order to meet the region’s need for housing and transportation choices. In November 1999, we opposed the CAPP initiatives in the cities of Dublin, Pleasanton, and Livermore, which would have brought all development projects of ten units or more to a public vote.

Thus, while UE has endorsed the initiative as an important first step in managing eastern Alameda County’s pattern of low-density suburban development, we also strongly advocate that the urban growth boundary be used not as a drawbridge to stop growth but as a tool to shape and locate development differently. Urban growth boundaries can only work when they are accompanied by a commitment from local governments to examine, plan, and implement new ways of growing inside the line.

Contra Costa County Tries Smart Growth
Contra Costa County is experimenting with land use tools that curb edge development while encouraging new forms of growth within urbanized areas. In June, county supervisors voted to move the county’s urban limit line inward, making over 14,000 acres of agricultural land unavailable for urbanization. While the move angered developers, it was applauded by local residents and environmental organizations. Greenbelt Alliance, in particular, supported the eighteen-month analysis and public hearing process, which was spearheaded by Supervisor Donna Gerber.

“The change will be dramatic for Contra Costa County,” said Evelyn Stivers, the organization’s East Bay field director. “Now growth and investment can take place where it is most needed-in the older downtowns and the underused land of Contra Costa’s existing towns and cities.”

A companion proposal introduced by Supervisors John Gioia and Mark DeSaulnier proposes an additional study period to develop a package of local smart growth policies. The process would act as a means for local governments, businesses, and residents to determine how to encourage innovative development and reinvestment within their city limits.