A New Look for Fremont 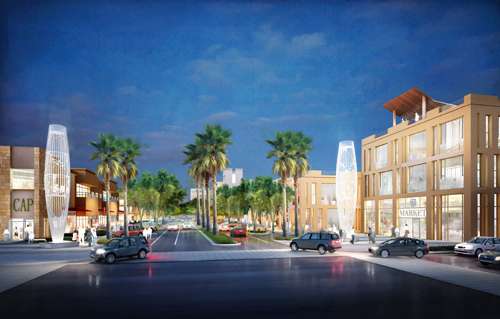 After two years of planning, the city of Fremont has crafted a vision to create an intimate, tree-lined downtown with shops, restaurants, offices and housing. The conceptual plan proposes dividing the 430-acre central business district into sub-areas, including a “focus” area that would become a traditional downtown-something Fremont has lacked since it was founded in 1956.

Urban Ecology has participated in every step of the planning process: educating citizens, and advocating for sustainable land use principles. The planned downtown features a new city hall and a tree-lined main street with street parking and businesses such as bakeries and restaurants. The plan also identifies a number of sub-districts:

Fremont Hub. The plan gives owners the flexibility to create an “urban village” at this old shopping center that would include new streets, plazas, fountains, and as many as 700 housing units.
Office center. Adjacent to the BART station, and including another single-story shopping center, the plan allows office buildings of up to twelve stories in height.
Medical areas. Allows for the expansion of Washington Hospital and a Kaiser facility.
South of Walnut. Area would remain the same, with a mix of offices and apartments.
Civic Center Drive. 350-unit, mixed-use development currently under construction.
BART residential site. Area near the BART station would allow high-density housing.

Throughout the process, the thorniest discussions focused on whether to encourage housing within the central business district. With education and advocacy from UE and our local partner PLACE (People for a Livable Accessible Community Environment), the plan now calls for 1,500 new units of housing. The plan also sketches out an enhanced pedestrian and bicycle network and calls for the creation of green building guidelines. “Urban Ecology was instrumental in helping us understand the importance of these concepts and how to make sure they became part of the plan,” said Rick Godfrey, a member of PLACE and representative on the Downtown Plan Advisory Committee.

Because Fremont lacks a redevelopment area to bring in the funds San Jose and other cities have used to revitalize their downtowns, it must rely primarily on developers to build out the new plan. According to Planning Director Dan Marks, the city is considering a number of incentives to entice developers. For example, the city may allow larger buildings than normally permitted, offer developers a quicker turnaround on planning review, or reduce parking requirements, which would reduce construction costs.

The central business district was built at a time when land was cheap and development took the form of one-story buildings and surface parking lots. As the Silicon Valley boom drives up the price of land throughout the region, Fremont officials feel the timing is right. Land values are now reaching a point at which property owners will contemplate replacing their low-rise properties with higher-yield, multi-story buildings. According to Marks, the fact that the entire district is within walking distance of a BART station will be a major selling point to developers.

Former UE Board Member David Early’s firm, Design, Community and Environment, served as the consultant for the plan. Over the next few months, the planning commission and city council will make initial comments, followed by a series of community meetings. With a number of pro-infill candidates running for city council, we are optimistic that the plan will be approved at the end of 2000.

Portions of this article were adapted from a story in the San Jose Mercury News.